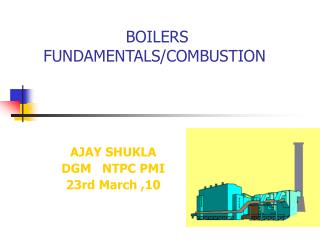 Lecture 36 - . combustion reactions. combustion processes. why do mechanical engineers have to know about combustion?

Internal Combustion Engine - . the internal combustion engine is an engine in which the combustion of a fuel (normally a

STEAM BOILERS - . definition. a closed vessel in which steam is produced from water by combustion of fuel. purpose of