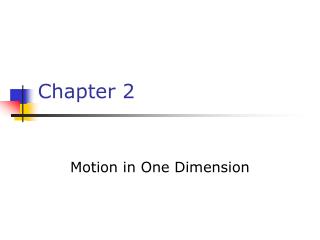 Chapter 2. Motion in One Dimension. Dynamics. The branch of physics involving the motion of an object and the relationship between that motion and other physics concepts Kinematics is a part of dynamics In kinematics, you are interested in the description of motion