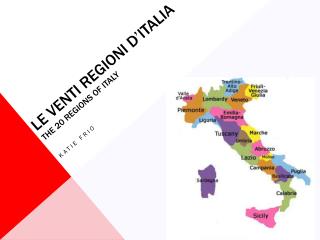 Virginia's Five Geographic Regions - . virginia is divided into five geographic regions. what are the characteristics of

Permanent establishment in Italy - . legal and tax aspects of a foreign subject . how can a foreign company carry out a

Landform Regions of Canada - . an overview. canada’s landforms. canada is made up of three distinct landforms –