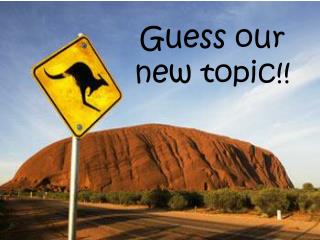 Welcome to our powerpoint presentation on - . mammals. lets learn about mammals. this is a abyssinian colobus monkey.

Guess todays new topic! - . todays focus: what are the non-religious beliefs in life after death?. grade c all will be

Our PowerPoint Presentation Anastasia + Hugo - . a little bit about me. my most favourite hobby is teaching my dog

Welcome to our PowerPoint presentation about butterflies! - . lincoln school second grade 2001 created with the help of:

Can you guess the focus of our new topic? - . who? what? where? when? why? what is this cartoonist’s attitude towards