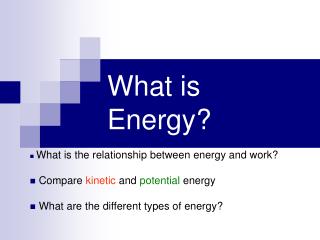 What is Energy?. What is the relationship between energy and work? Compare kinetic and potential energy What are the different types of energy?. What is energy?. Energy is the ability to do work. Great, but what is work?