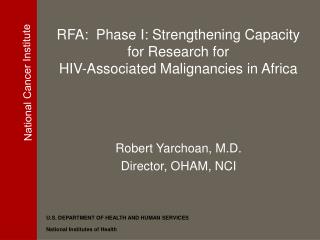 National Cancer Institute - . research in the last century has made the quality of life better for mankind with every