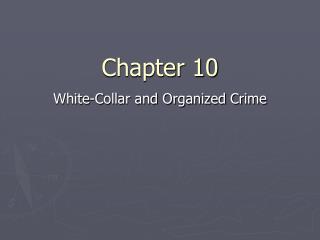 Chapter 10. White-Collar and Organized Crime. Introduction. White-collar crimes – criminal offenses committed by people in upper socioeconomic strata of society, usually in the course of the occupation or profession of these people.