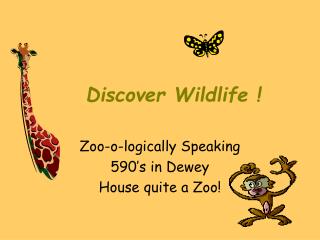 Wildlife Management - . by: johnny m. jessup agriculture teacher/ffa advisor. wildlife management. on most farms, it is

The Truth About Wildlife - . building a sustainable future for wildlife and our community. center for wildlife. mission-