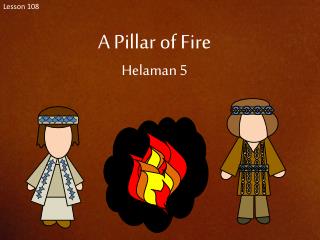 Lesson 108. A Pillar of Fire Helaman 5. Your Name . Parents . The Atonement of Jesus Christ.  Was it easy or hard to remember these words and phrases?. Prophets . Repentance . Keep the commandments. Physics 108 - . introduction to engineering/physics. objectives of physics 108. learn about the different engineering

Chapter 108 - . management of poisoning. poisoning. over 2 million cases reported in the u.s. annually 23,618 deaths in

S 108 ACCOUNT - . corporate tax system. under the imputation system, a company is taxed on its chargeable income

Atonement - . repairing of the relationship. everyday we put on our clothes before we go out, but once there was a time