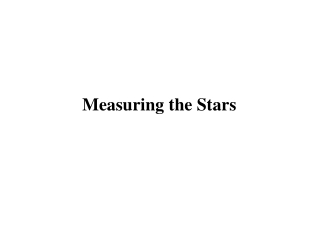 Lifecycle of Stars - . the birth, life, and death of stars by nigel sangster. contents. what is a star? where do stars

What are stars and How many different kinds are there? - . by: bettina calderon es 7- amorsolo. what are we studying

Understanding the Stars - . how can we learn about the lives of stars, which last millions to billions of years? consider

Stars and Constellations - . when you look at the night sky you can see many beautiful stars. stars. if you are out in