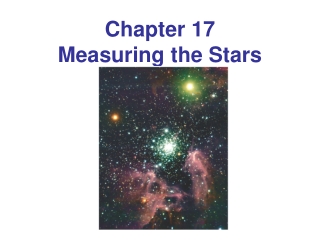 Neutron stars - Chapter 21 - . neutron stars. t he remains of cores of some massive stars that have become supernovae .

Chapter 1: Stars and Galaxies - . when you look up at the sky on a clear night, you see billions of stars in the sky.

The Family of Stars - 0. the family of stars. chapter 9. 0. the properties of stars. we already know how to determine a