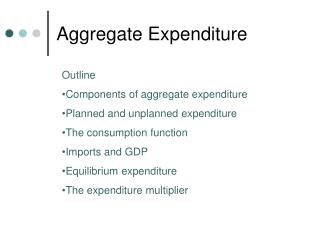 Aggregate expenditure - . autonomous versus induced expenditure the consumption function the theory of investment

Aggregate Expenditure Model - . overview. with this section we begin to build a model of the economy. early on our focus