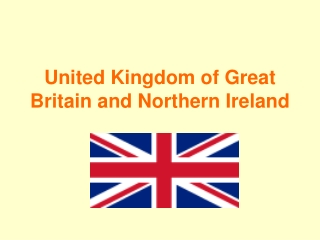 United Kingdom of Great Britain and Northern Ireland. The Union Flag. Flag of the United Kingdom is commonly called the Union Jack . It is a combination of the cross es of patrons of three countries; St. George ’ cross, the patron of England