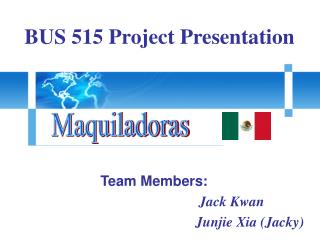 The Secret Sauce of Successful Teams - Every software team writes code, but some teams produce fewer bugs than others.

Lloyd: What do you think the chances are of a guy like you and a girl like me ... ending up together? … What are my

Kaizen Team Primer - . meeting date team members. it’s not about the “tools”. it’s about the application! the

Agenda - . boards that make a difference by john carver who are board members? limitations of traditional board

The World of EL &amp; How It Applies to You - . developed by the el team of marshall county for classroom teachers,