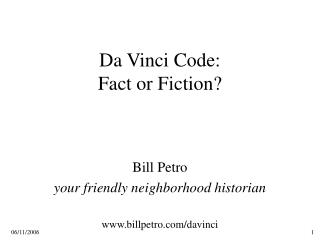 Stash - We Code Together - Coding is simple and great if it's just you working on the code. it is getting much more

Medicinal Mushrooms - . fact, fiction andfolklore. what we know…. today, there are over 270 identified fungal species

Fact or Fiction? - . did berendt take the anecdote too far?. midnight in the garden of good and evil. written by john

Fun Fact - We get copies of every selection from oprah’s book club, courtesy of oprah and the american library

A Model Code of Conduct - . a training presentation sponsored by shrm’s ethics special expertise panel. topics to b e