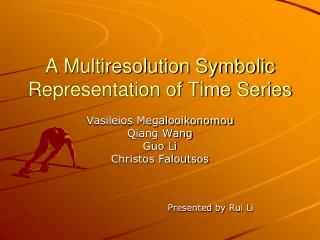 Time Series Spectral Representation - . any mathematical function has a representation in terms of sin and cos

A Theory for Multiresolution Signal Decomposition: The Wavelet Representation

Decomposing a time series - . (session 03). learning objectives. by the end of this session, you will be able to explain