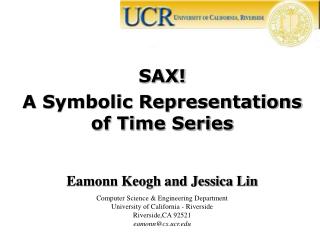 SAX - . sax and dom. sax and dom are standards for xml parsers --program apis to read and interpret xml files dom is a

Analysis of Time Series - . for as90641 part 2 extra for experts. contents. this resource is designed to suggest some