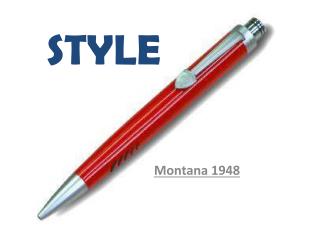 STYLE. Montana 1948. What IS style?. Style is the way that something is put together, the mechanics of the operation, the way that the writing comes together and how it ‘speaks’ to the audience. Style is things like: