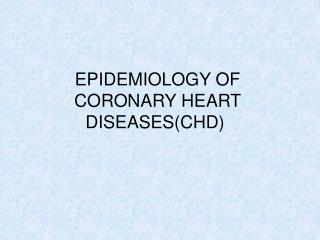 Epidemiology of Emerging Infectious Diseases: An Examination of Global Threats From a Public Health Education Perspecti

Chapter 20 The Cardiovascular System: The Heart - . heart pumps over 1 million gallons per year over 60,000 miles of

Zoonoses - . epidemiology of diseases transmitted from animals to humans. what are zoonoses?. diseases that are

EKG - . cardiovascular anatomy &amp; physiology . basic heart anatomy. the heart is a muscle made of 3 layers