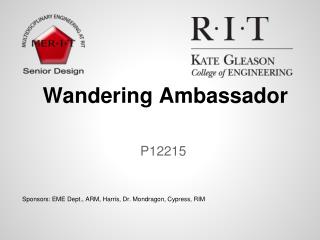 Wandering I Fashion - Looking for fashion that is an eclectic mix of independent labels, vintage and emerging designers

The Wandering Romany - Unit. 2. project. the wandering romany. lead-in. who are those people in the pictures?. the

Attention mind-wandering - Two contrasting brain networks. when the brain is not task-focused, it tends to fall back into

Ambassador schemes - . what is an ambassador?. “a community networker with the objective of spreading the word about