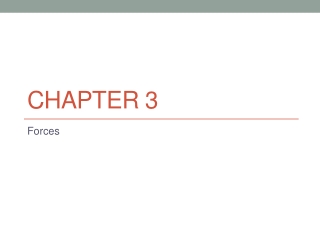 Chapter 3. Forces. What is force?. A force is a push or pull Sometimes it is obvious that a force has been applied; But other forces aren’t as noticeable A force can cause the motion of an object to change. Force does not always change velocity