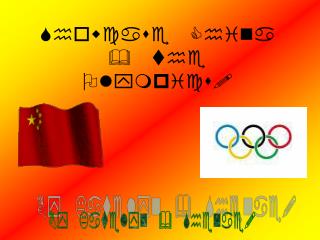 Showcase China & the Olympics! By Katelyn & Shenae! Facts about China China is sometimes one day ahead of the USA Ice-cream was invented in China around 2000B.C when the Chinese packed a soft milk and rice mixture in the snow.

PowerPoint Instructions - To advance to the next slide, bullet point or image, simply click the left mouse button.

Welcome to the ATIA Webinar Room - . we will be starting shortly. please check in using the public chat feature. type

VEHICLE ICONS - This presentation of graphic icon images was updated 30 mar 01. existing images have been improved or

WMS in a nutshell - . a “quick &amp; easy” guide to using wms. wms in a nutshell. how to log on how to select

Mark Twain - . an american icon voice of america mirror of america. twain: icon and iconoclast. the icon who broke the

Blog Design Showcase Consider this a website field trip - . “the measure of intelligence is knowing how little you