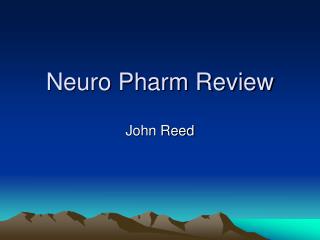 Neuro Pharm Review. John Reed. How does a local anasthetic work?. At normal usage [] Na + channels are blocked on pain fiber neurons. What are the properties of an ideal local anesthetic?. 1. Action must be reversible 2. Non-irritating to the tissues and no secondary local action Pharm-Assist - . placement based learning within the undergraduate pharmacy mpharm degree at the university of

pharm history - Before ama and pharmacy there was……. herbals, homeopathy, bloodletting staff of ascelpius---greek

My Fitness Pharm - Rm the my fitness pharm first assist kit has been designed with the adventurous, impartial traveller

Welcome Pharmaceutical Pharm - Apart from the vast range of pharma products we at pharmaceutical pharm carry, the prices

pharm get paid! - . adjudication---’dealing’ with ins to get paid max allowable cost--max price ins co will pay for