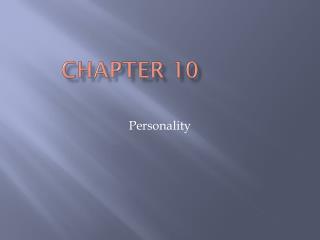 Chapter 10. Personality. Personality. An individual’s unique and relatively stable patterns of thinking, feeling, and behaving. Personality Theory. Attempt to describe and explain how people are similar, how they are different, and why every individual is unique. Personality Perspectives.