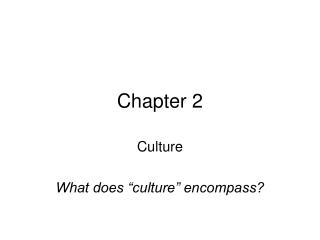 Chapter 2 Culture What does “culture” encompass? Culture = A way of life including…. Knowledge, language, values, norms, customs, and material objects for a society All of culture is symbolic {symbol = anything that represents something else, such as…… }