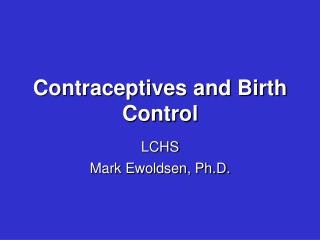 Birth control - . lanae cajigas. whats happening ? . a lot of teens are getting pregnant because they are having

Birth control: - -this is the only class you will have that covers birth control…at some point in your life you will

Birth Control - . by: lorin. definition. the practice of preventing unwanted pregnancies, typically by use of

Birth Control - . about 1 million teens become pregnant each year, without intending to do so. . contraceptive:. a device

Birth Control - . abstinence =abstaining from having sexual relations with anyone. effectiveness=100% against std’s