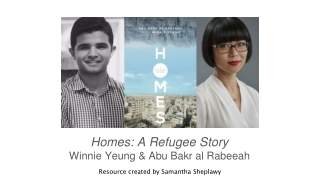 Pronoun Agreement - . pronouns replace nouns or other pronouns in a sentence so that you do not have to repeat them.

Pronoun Review - . this type of pronoun always ends in –self or –selves, and directs the action back to the subject.

PRONOUN - . -- word that takes the place of a noun, a group of words acting as a noun, or another pronoun -- the word or

PRONOUN - . pronoun is a word to replace a noun or other pronoun. kinds of pronouns are:. 1. personal pronouns 2.

The Pronoun - . pronoun. a pronoun is a word that is used in place of one or more nouns or pronouns. personal

Pronoun Reference - . by: joe martin and moody. pronouns. pronouns are substitute for nouns. short hand instead of saying

Pronoun Case - . write the correct pronoun on your board. i, me, or myself. to complete our egyptian mummy costumes, lou

Pronoun Case Scholars Bowl - . rules of the game. rules: no talking out of turn. your team gets one chance to answer. you

Pronoun Case - . pages 216-226. pronoun case. case is the form a noun or pronoun takes to show its relationship to other

PRONOUN - . a word that takes the place of a noun in a sentence. personal pronouns. name specific persons or things can

Pronoun Agreement - . waters faulkner. what is a pronoun? what is an antecedent?. a pronoun is a word that replaces a

Pronoun Case - . review: what are pronouns? case: system that shows how words are related to one another in a sentence.

Pronoun Agreement - . making nouns (antecedents) &amp; pronouns (he, she, him, her, it, they, their, them) all

Indefinite Pronoun - . some indefinite pronouns are singular, some are plural, and some can be singular or plural,