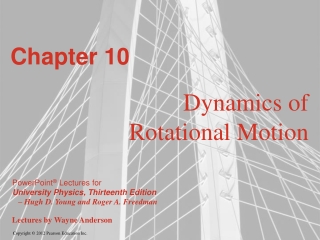 Chapter 10. Dynamics of Rotational Motion. Goals for Chapter 10. To learn what is meant by torque To see how torque affects rotational motion To analyze the motion of a body that rotates as it moves through space To use work and power to solve problems for rotating bodies