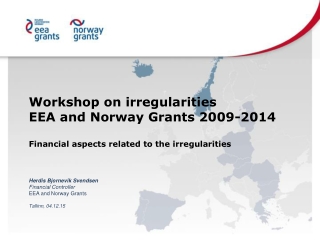 How does the Foundation fit into Sons of Norway? - “the sons of norway foundation awards scholarships and grants to

Cultural Grants 2015 Workshop June 26, 2014 - . building blocks: applying for a cultural grant the town of oakville and

Earmarked general grants and general earmarked grants in the Netherlands - . discussion paper for the copenhagen

Sons of Norway Foundation - . “the sons of norway foundation awards scholarships and grants to promote the heritage and

NORWAY - . first i would like to describe a few basic facts about norway. geography. norway is situated in the western