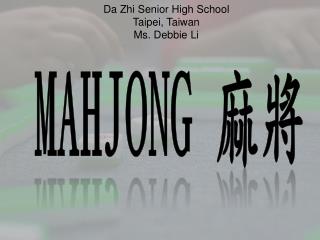 Mahjong - . game art design. history of mahjong. most historians estimate the age of mahjong at about 2,500 years old .