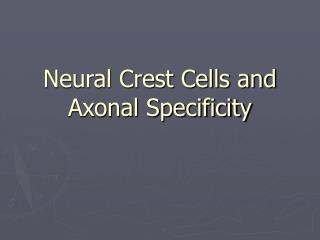 Neural Crest Cells - . the cells of the neural crest migrate to generate many cell types: the neurons and glial cells of

Neural cells - Neural stem/progenitor cells (ns/pcs) give rise to every type of neural cells, forming the most complex

Sensitivity and Specificity - . part ii – computations and examples. this video is designed to accompany pages 81-94 in

Sensitivity and Specificity - . part i – introduction and definitions. this video is designed to accompany pages 81- 94

On Ambiguity and Specificity - . finding the “sweet spot”. one of the most difficult challenges in specifying

CREST - . center of excellence in formal methods in programming ralph-johan back director. it in turku. ict-house. tucs.