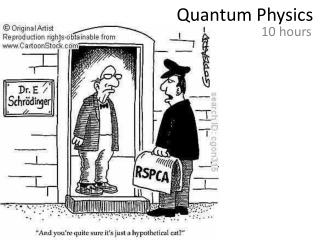 Quantum Computing and Fundamental Physics - . scott aaronson (mit). reasons why everyone says you should care about

Physics and the Quantum Model - . light. the idea for the the quantum mechanical model grew out of the study of light