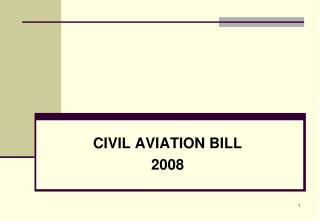 NOISE IN ARMY AVIATION - . terminal learning objective. manage the effects of noise in army aviation while performing as

Unit 11: The Civil Rights Movement - . civil rights. the rights that belong to “all persons” in the constitution and

Chapter 4 - . civil liberties. the bill of rights. the first ten amendments to the constitution are intended to protect