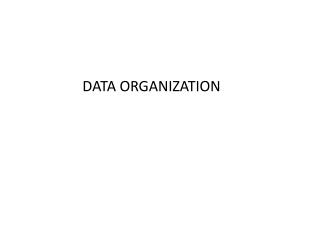 MAINTAIN ORGANIZATION DATA - . upon completion of this course, the student will be able to: perform the steps involved in

Maine Health Data Organization - . mhdo’s role and functions in developing, maintaining and distributing an all claims