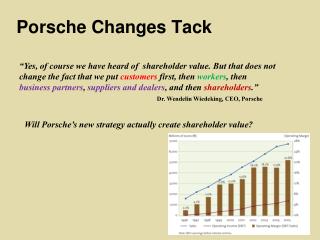 Porsche Changes Tack. “Yes, of course we have heard of shareholder value. But that does not change the fact that we put customers first, then workers , then business partners , suppliers and dealers , and then shareholders .” Dr. Wendelin Wiedeking, CEO, Porsche. Equine Tack - . washing supplies. purpose: to remove sweat, dirt, mud, etc. from the horse ’ s body. use all over,

Porsche - . what you will learn. main types of porsche did you know….. first porsche best porsche cormac and r yan’s