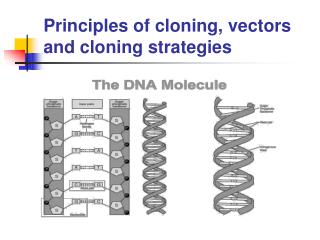 Principles of cloning, vectors and cloning strategies. DNA CLONING. DNA cloning is a technique for reproducing DNA fragments.  It can be achieved by two different approaches:  ▪ cell based ▪ using polymerase chain reaction (PCR).

Question of the DAY DEC 11 - Which step of edp evaluates the pros and cons of different ideas? a. step 3 b. step 4 c.

CLONING - . lecture notes for biology today. what is cloning?. to most people, the term “cloning” means making a copy