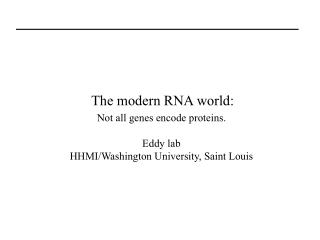 Remarkable Matters: The Art of Conversation - At table19 we try and look for different ways we can make our work and our

MeeknessAndTruth - Challenges to evangelism in a post-modern world. www.meeknessandtruth.org. the challenges of

Familiaris Consortio The Christian Family in the Modern World - . the apostolic exhortation was released november 22,

Modern Fantasy - . ele 300 children’s literature. modern fantasy. …refers to the body of literature in which the

Economic Freedom of the World - The Role of Government in the Modern Growth Economy - . presentation to institute x