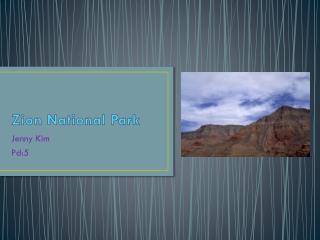 ZION - . by danielle. history and b-day of zion. *january-22-1937 * evidence of ancestrial puebloans, known as the