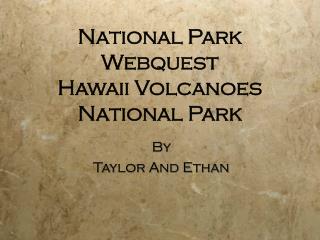 Hawai’i Volcanoes National Park - . about the park. hawai’i volcanoes national park was established in 1916 on the