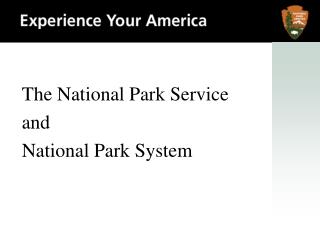 The Red Sox : Slivers of light at Fenway Park - . families have been going to fenway park since the ballpark opened in

Preservation Tax Incentives for Historic Buildings - . a joint program of the following agencies: department of the

The Hunchback in the Park - . by dylan thomas. dylan thomas remembers the tramp and the park from childhood. how does he

Canada’s National Parks - . why we have national parks. t hey are a symbol of our national identity they are even more