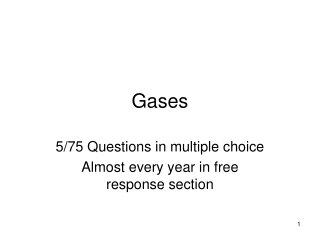 Gases. 5/75 Questions in multiple choice Almost every year in free response section. 5.1 Gas Pressure . Gases exert pressure on any surface they come in contact with.