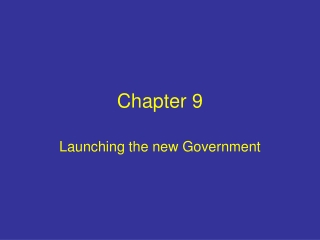 Chapter 9. Launching the new Government. Chapter 9 Section 1. Washington Takes Office. I. Washington’s First Steps A. The Constitution does not explain how the President should govern from day to day B. Washington set several precedents for others to follow