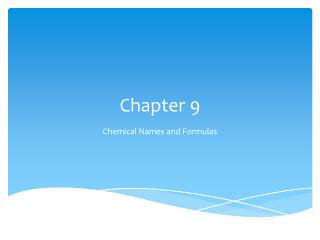 Chapter 9. Chemical Names and Formulas. Copper Compounds. What is the difference between Cu 2 O and CuO ? Is there any difference?