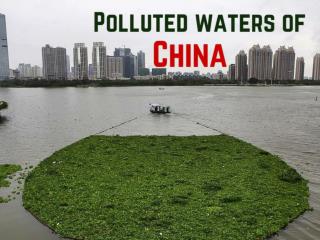 China's water supplies have degraded to the extent that half the nation's rivers and lakes are severely polluted.

My Trip Across China: A 7-Day Affair - . amery thao period 7. map of china. plan of action temple of heaven bird’s

Acid Mine Drainage - . terms. acid mine drainage (amd) water that is polluted from contact with mining activity acid rock