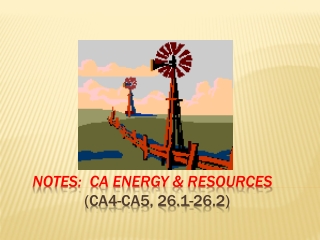 NOTES: CA ENERGY & resources ( CA4-CA5, 26.1-26.2). CA’s socioeconomic history is closely tied with it’s geological history CA is #1 in underground resources that contribute to the US economy