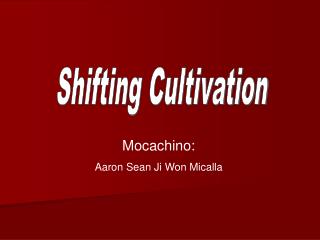 Sean seshadri - Dr. sean began his career as a medical physician until a chance conversation with the nephew of a fellow

Sean Rodrigues - . rawr. from powerpoint. from the internet.

Aaron - My animal is a barracudas which is a fish. it lives in the sea. it eats some small fish. it is a long thin fish

Aaron Lien - . the autobiography. my origins. i am currently 11 years old. my birthday is august 20 th . i was born in

AARON RODGERS!!!!! - . there is going to be lion tail, eagle wings, and a vulture feet and snake arms and a scarab

Aaron Jarden aaron@jarden - Individual well-being and its’ relationship to personal values, psychopathology, and

By Aaron - Three toed sloth. by aaron. picture from-national geographic society. regions of the world. my animal is a