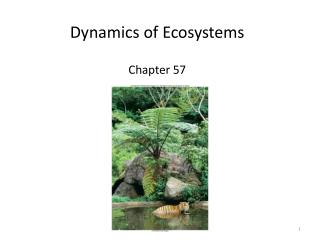 Ecosystems: Feeding Relationships - . unit 8, part 1. interactions among organisms. picture a lake and all the organisms