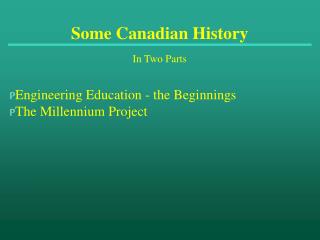 The History taking And Physical Examination - . the history. the complete history requires information pertaining to:

Canadian Children’s Literature - . a genre approach to reading your way through canada for more information, contact