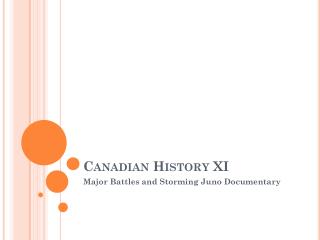 Canadian Charter of Rights and Freedoms - . brainstorm. why would someone want to immigrate to canada?. what is a

Intro to World History - . pre-history to 1500. introduction. history is necessary to human survival must know where we

The political Arctic - . the canadian arctic. canadian interests in the arctic. security “nothing comes before that”

Pre To WWI NOTES - . canada begins as this history as a part of britain, and slowly moves away to become canadian. you