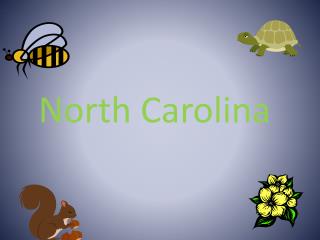 North Carolina. Facts. During the Revolutionary War Red Coats Army leader or head solider British General Cornwallis marched through north Carolina the colony wanted to stop them so they put tar in the river the British were going to cross that’s why north Carolina is called the tar heel state. North Carolina Symbols - . ashley purgason. this is the state flag. you can see it hanging in the gym. north carolina has

North Carolina Department of Transportation - . the ethics of preparing, awarding, and administering department of

The Public School Forum of North Carolina - . working together to make north carolina schools second to none. public